Why not fill your own Christmas Crackers this year? The ritual pulling of the cracker is followed by the snap leaving a scramble to get you hands on a tiny dice or weird red plastic fish that curls up in your palm…what’s all that about?

Wouldn’t it be better to actually see surprised and delighted faces when the victor gets a miniature bottle of Glenfiddich for the elders or a little gadget for the kids?

The choice will be entirely yours and you can either go down the fun route, or, the wow factor way! Much more entertaining than a minuscule deck of playing cards that pop out leaving you to fumble and squint your way around a game of snap with the kids!

The Robin Reed Christmas Crackers, featured here, has 8 crackers with festive bows and a holly design and includes the jokes and hats already inside….all you have to do is gently pull open one end and pop the surprise inside.

They’re 12 inches long and have a diameter of 2 inches, the ‘crack‘ is already built in.

Who Invented the Christmas Cracker?

The Christmas Cracker has been around since the 1840’s and was by all accounts invented by Tom Smith of London. His idea came from a marketing failure when his bon-bons failed to sell because the eager taster had to twist open the shiny wrapper to get to the goodies inside. This did catch on later though and can be seen today mostly with the contents of those huge tins of sweets that come around every Christmas.

The Christmas Cracker was born when, undefeated, Tom sat watching his open fire crackle and pop and thought it would be a novel idea to open the sweets with a bang for a bit of fun…perhaps that would sell a lot better?

The idea caught on but over time the sweets were replaced by trinkets and jewellery, then further along hats were added as a representation of the 3 wise men; the jokes inside probably evolved from snippets of trivia or a motto of some kind to entertain the Christmas dinner gathering.

The wearing of paper hats, when eating, is believed to go right back to Roman times where certain celebrations involved wearing some kind of headgear. Funny how we all seem to do it with instinct these days, not really knowing where the tradition came from.

More ‘Fill Your Own Christmas Crackers’ 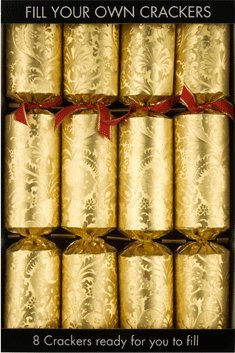 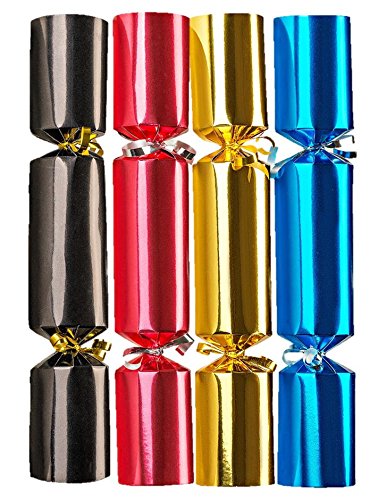 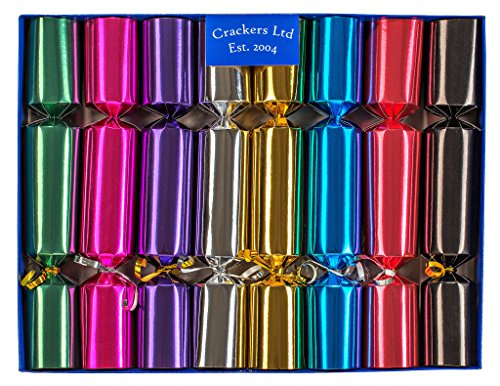 So, try something a little different this festive season and fill your own Christmas Crackers. You could even put your own jokes inside…as long as they’re clean, of course!

(Also, you could always still enclose the magic fish…if you really wanted to!)